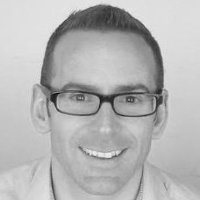 Two hundred and twenty-two years after John Stone patented the pile driver, and the oil market is trying to dodge getting hammered today. After yesterday’s EIA-inspired hullabaloo, oil is looking lower. Here are seven things to consider on this second Thursday in March:

1) The beat goes on from China, as another day has yielded another set of worrisome data. After gruesome trade data was released earlier in the week, overnight we saw producer prices drop for the 48th consecutive month. There is some solace to be found, however, in the fact that the February print of -4.9% was in line with consensus, and and not as bad as January’s -5.3%:

2) Chinese inflation data was also worrisome, climbing higher for a fourth consecutive month, up 2.3% YoY, driven by a 7.3% surge in food prices. Again, some solace can be found in the potential that the boost to food prices was a transitory influence, driven by the Lunar New Year.

3) Traditionally we see refinery runs dipping through March, as exemplified by recent years (minus last year) on the chart below. This year, however, not only are we seeing runs higher than in prior years as capacity has increased, but we may well be seeing seasonal maintenance wrapping up earlier than usual.  The drop to 86.1% in refinery utilization at the beginning of February may well be the low ebb for the spring period.

4) The drop of 4.5 million barrels for gasoline inventories was split betwixt PADD 1 (East Coast) and PADD 3 (Gulf Coast). While the drop can in part be attributed to winter blend stocks being drawn down, the driving force (pardon the pun) has been rising demand. On the more-reliable, less-noisy four-week moving average, gasoline product supplied is up 7% year-on-year. Robust.

5) The negative backdrop kicked off overnight by China has been carried like a torch across the various geographies. Although German imports were better than expected, exports were worse, and negative month-on-month to boot. Data out of Brazil continues to indicate an economy descending further down the recessionary spiral, with a 10.3% fall (YoY) for retail sales, the biggest drop in 13 years.

To top off this bearish barrage, the European Central Bank just announced a surprise set of stimulus measures in its latest efforts to revive its ailing economy. Not only did it snip interest rates from 0.05% to a big fat zero, but it pushed the interest rate for banks into further negative territory at -0.4% (from -0.3%), as it tries to force them to lend more money, as opposed to sitting on the cash. Finally, it expanded its quantitative easing program to 80 billion euros per month, up from 60 billion.

Solace can again be found, this time in US economic data and weekly jobless claims, which dropped to 259,000 – the lowest level since October.

6)  We heard from Chevron earlier in the week that it has identified 1300 potential wells in the Permian basin which are profitable below $40. The slide below from the Chevron presentation (h/t @Ed_Crooks) illustrates how it expects to add 130,000-230,000 barrels per day of production in the Permian Basin by the end of the decade:

7) Finally, the graphic below from Rystad energy shows how it sees shale costs showing substantial improvements, and across various shale plays. It projects that wellhead breakeven prices have dropped by more than 40% between 2013 and 2015: